Join guest Ai-jen Poo for a discussion of making love through organizing on behalf of change and dignity. Ai-jen is a TED speaker, a change maker, an activist, and a organizer on behalf of the sick, the elderly, and domestic worker’s in our country.

Welcome to a conversation about making love through organizing on behalf of change, equity, and human dignity.

Ai-jen Poo is an award-winning organizer, social innovator, author, and a leading voice in the women’s movement. She is the Executive Director of the National Domestic Workers Alliance, Co-Director of Caring Across Generations, Co-Founder of SuperMajority and Trustee of the Ford Foundation. Ai-jen is a nationally recognized expert on elder and family care, the future of work, gender equality,  immigration, narrative change, and grassroots organizing. She is the author of the celebrated book, The Age of Dignity: Preparing for the Elder Boom in a Changing America. Follow her at @aijenpoo.

She has been recognized among Fortune’s 50 World’s Greatest Leaders and Time’s 100 Most Influential People in the World, and she has been the recipient of countless awards, including a 2014 MacArthur “Genius” Award.  Ai-jen has been a featured speaker at TEDWomen, Aspen Ideas Festival, Cannes Lions Festival of Creativity, Skoll World Forum, and the Obama Foundation Inaugural Summit. She has made TV appearances on Nightline, MSNBC, and Morning Joe, and her writing has been featured in The New York Times, The Washington Post, TIME, Maire Claire, Glamour, Cosmopolitan and CNN.com among others. Ai-jen has been an influential voice in the #MeToo movement and attended the 2018 Golden Globe Awards with Meryl Streep as part of the launch of #TimesUp.

In 12 short years, with the help of more than 70 local affiliate organizations and chapters and over 200,000 members, the National Domestic Workers Alliance has passed Domestic Worker Bills of Rights in 9 states and the city of Seattle, and brought over 2 million home care workers under minimum wage protections. In 2011, Ai-jen launched Caring Across Generations to unite American families in a campaign to achieve bold solutions to the nation’s crumbling care infrastructure. The campaign has catalyzed groundbreaking policy change in states including the nation’s first family caregiver benefit in Hawai’i, and the first long-term care social insurance fund in Washington State. 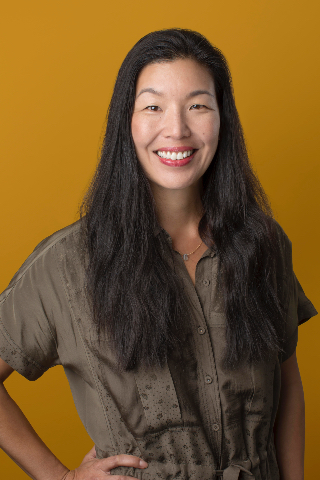 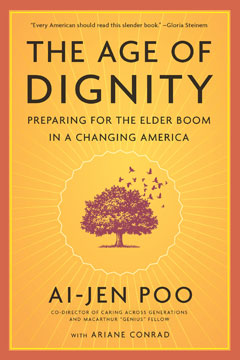 Learn more about and support the National Domestic Workers Alliance

Add your name alongside Sen. Kamala Harris and Rep. Pramila Jayapal to show your support for the National Domestic Workers Bill of Rights

Founded by women of color, join and support Care in Action

Download and use — and blast out! — Alia: an app that supports the dignity, rights, and wellbeing of domestic workers